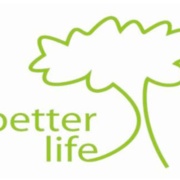 The Better Life Appeal for the All Wales Adult Cystic Fibrosis Centre was established in 2007 by the CF Service. Initially, it was intended to provide all patients within the Adult CF Centre with additional, often expensive equipment not available on the NHS. In addition, as patient numbers continued to increase it was felt the appeal would provide additional facilities to enhance existing patient care and enable expansion of the centre to meet the needs of our growing CF patient population.

Between 2007 and 2012 our patients, their families and supporters raised considerable funds for the appeal, which afforded the opportunity for growth and expansion of the service by providing a fully equipped patient gym, specialist nurses rooms with treatment rooms, a physiotherapy room and counselling room, which were all well utilised by our patients. However, whilst this initial expansion was invaluable at the time, it was already recognised that a new CF Centre would need to be established within the existing hospital at the earliest opportunity to allow for growth, expansion and development within a single site setting.

Initially only two floors were converted and opened, all funded through the Better Life Appeal. The ground floor is now a fully functional dedicated outpatient area, including multiple consultation rooms, treatment rooms, physiotherapy and counselling rooms. This area also houses the CF patient gym for outpatients and our inpatients.

The top floor of the CF centre accommodates the entire CF Multidisciplinary Team.

In January 2014 the ‘Better Life Appeal’ was re-launched with a target of £1 million to help towards the cost of converting the middle floor into a fit for purpose inpatient ward.

It is hoped work will begin on the new ward in early 2017 with capacity for 16 inpatients all cared for in single all en-suite bedrooms. The plans for the expansion to the centre also include a new patient entrance to the front of the building extension, which will also hopefully house a new gym, with the current gym being converted to more outpatient treatment rooms. 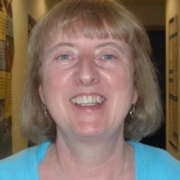 The Better Life Appeal has been invaluable in not only raising public awareness of our CF Centre, but also of cystic fibrosis overall. Since we launched the appeal back in 2007, we have had immense help and support from our patients, their families and friends, who continue to raise money to support the appeal and we continue to be amazed by some of their fund raising achievements to date.

Through our website we hope to share some of these achievements and update you on the progress of the planned expansion of the CF Centre, including the new ward. We will also be able to give you information on planned fund raising events and how you can help to support the appeal.

Please email us any photos (pdf) and information you want to share with regard to fund raising events you have organised, both before and after the event, for the Better Life Appeal and we will endeavour to include these on our website. Email: lorraine.speight@wales.nhs.uk

We look forward to hearing from you.